Home » How To Stop Being Passive-Aggressive

How To Stop Being Passive-Aggressive 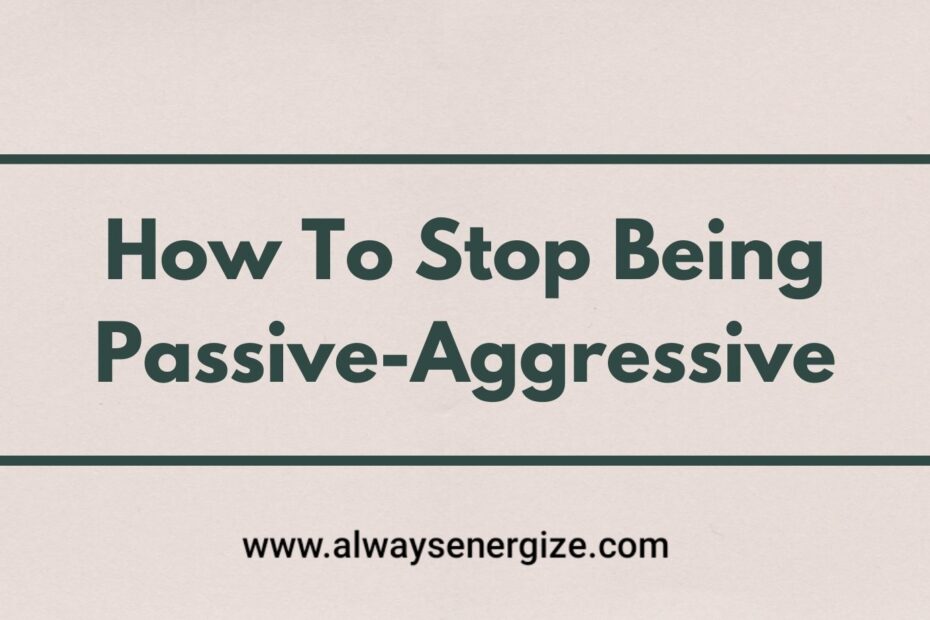 Hey friends, Many a time, it had been seen people becoming passive-aggressive after achieving something, and many have got an aggressive nature without even achieving anything; they think that they are superior to everyone else. If you are the second one, you must immediately change your behavior as it will harm you in the long run. If you are from the first category, you must remove this kind of behavior and start a better life as it may affect your social life. You must not even know that you have passive-aggressive behavior, and your colleagues will not tell you about this. It would help if you learned to understand in which moments you show your aggression. There are certain signs which indicate that you are passive-aggressive. This blog will focus on how you can stop being passive-aggressive.

Signs Of A Passive-Aggressive Person

Now, as you have understood about the signs of a passive-aggressive person, if you have matched with any of the points mentioned above, then you must immediately stop that kind of behavior so as not to build a bad image of yourself in front of others and if your companions are having this type of behavior try to make them understand it and tell them that it may harm you in the long run.

This behavior often seems to be cool and sweet for yourself, but it may affect your social behavior. Just put yourself on the other side and think about whether you would affect that type of person in your life who is aggressive and shows superiority in everything.

Even after many social neglects, many of us often choose to be passive-aggressive as it has some advantages.

Advantages Of Being Passive-Aggressive

Disadvantages Of Being Passive-Aggressive

Hence, try to change your aggressive behavior and show your real self. Otherwise, you have to pay off in the long run.

Check out our other blogs : How To Deal With Anger And Frustration

previousWays To Keep Yourself Energetic
nextHumanity Is Greater Than Everything

1 thought on “How To Stop Being Passive-Aggressive”